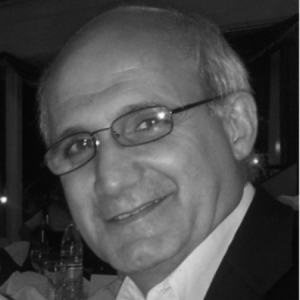 Marinos Ioannides is since the 1st of January 2013 the chair of the newly established Digital Heritage lab of the Cyprus University of Technology in Limassol. The lab is the fastest growing research Centre on the island and has been awarded a number of EU projects within its seven years debut (total budget for CUT: 7.5 MEuro). He was the coordinator of the Marie Curie Action ITN-DCH the biggest research project at CUT – www.itn-dch.eu and the only in the EU H2020 CSA project on Virtual Museums – www.vi-mm.eu.  After receiving his MSc in CS at the University of Stuttgart, Germany where his thesis was undertaken at the HP European Headquarters in the area of safety and security of Multitasking Database-systems, he received his PhD (Dr.-Eng) at the same Uni. from the faculty of ME where he participated in several EU and national research projects. His PhD was focusing on 3D Reconstruction from Digitized Data in the area of CAD/CIM. He was the chairman of the joint international conferences CIPA and VAST2006 (www.cipavast2006.org) and VSMM2008 (www.vsmm2008.org) in Cyprus and the permanent chair of the biannual EuroMed conferences on Digital Cultural Heritage.

In 1994 he received the prestigious EU KIT award and in 2010 he was awarded from the Spanish and European Association of Virtual Archeology the Tartessos prize for his achievements in the area of 3D-documentation in Cultural Heritage.