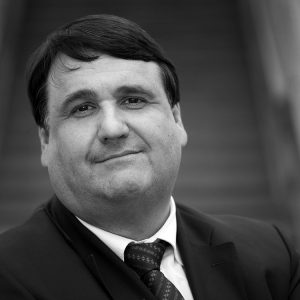 Professor Martin Paul has been President of Maastricht University (UM) since 2011. After obtaining a medical degree and a doctorate from Heidelberg University, he has held several academic positions in Germany, the United States and the Netherlands. In addition to his distinguished career as a researcher (with more than 300 publications) in the fields of medicine and pharmacology as well as an educator, Professor Paul has become active in academic management. He has been Dean of the Medical Faculty of the Freie Universität and Vice President of the Charité Medical Center In Berlin. Furthermore, he has served as Dean of the Faculty of Health, Medicine and Life Sciences at UM and as Vice President of Maastricht University Medical Centre+, where he holds a chair in Clinical Pharmacology. Professor Paul has worked actively to professionalise academic leadership on the international level. In this context, he has served as Chair of DEAN, a European network of deans and as a board member of the Association of Academic Health Centers International (AAHCI). He is an elected member of the Netherlands Academy for Technology and Innovation and of the Austrian Science Council. Furthermore, Professor Paul is active as Vice President of the Young European Research Universities Network (YERUN) and Vice-chair of the Board of the Worldwide Universities Network (WUN). In 2019, he has been elected as Chair of the YUFE (Young Universities for the Future of Europe) alliance, which has been the top ranked proposal in the recent European Commission call to create true European universities. In addition, he serves on several advisory and supervisory boards in the Netherlands, Europe and beyond.